How Big is a Micron?

Benchmark offers microelectronics assembly with placement tolerances of 1-2 microns semi-automated and 7 microns automated. We also design and build high density circuits featuring lines and spaces of 25 microns. So what the heck does that mean? And, how big (or small) is a micron really?

Since 40-50 micron objects are the smallest things visible to the naked human eye, these extremely small dimensions can be hard to wrap your head around. So, we decided to use some great laser microscope images to put size in perspective. 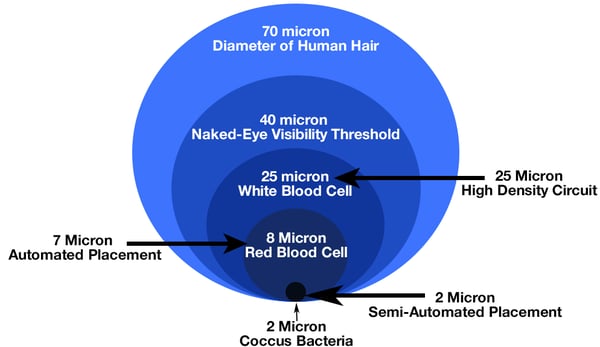 Micron is short for micrometer, one-millionth of a meter, or 1 x 10-6 (denoted µ). Since the metric system is very rational, there are 1,000 microns in a millimeter and 10,000 microns in a centimeter.

What does one-millionth of a meter look like? Let’s start with things we can see. A human hair is approximately 70 microns, give or take 20 microns depending on the thickness of a given individual's hair. This is about three times the size of a trace or space on one of Benchmark Lark Technology's high-density circuits. 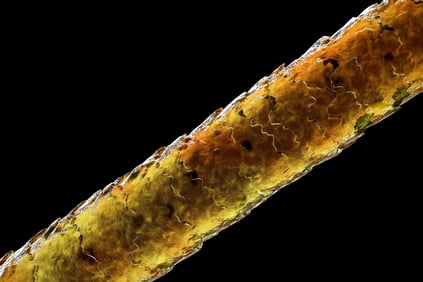 The eye of a fruit fly is also 70 microns across. But the eye itself isn't the smallest unit: each eye is made up of 760-unit eyes that are about 5 microns in diameter each! This is similar to the placement tolerance Benchmark achieves in fully automated microelectronic assembly. 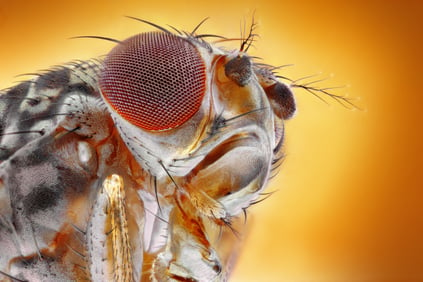 Moving to more familiar territory, our own bodies, our cells are on a similar scale to the placement precision required in microelectronics. A human skin cell is 20-40 microns across and a white blood cell is approximately 30 microns. Red blood cells get closer to microelectronics tolerances with an average width of 6-8 microns.

To find things that are one micron, you really have to get sub-cellular. A human mitochondrion is 1 micron across but 7 microns long. Small bacteria can be as small as .5 microns. This is comparable to the placement precision Benchmark achieves in semi-automated microelectronic assembly for applications such as lidar, free space optics, medical imaging, and photonics communications and computing applications. 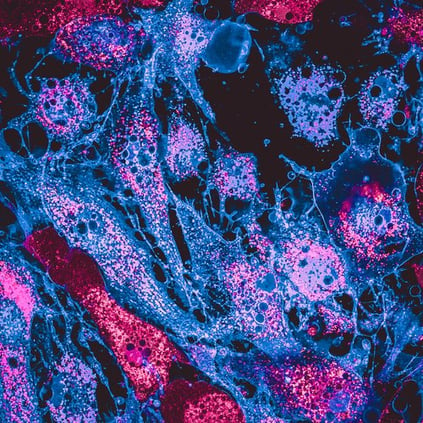 All of this just goes to show that sometimes the smallest things can make the biggest difference. At only one micron wide our mitrochondria are tiny, but we wouldn't survive without them. Similarly, for miniaturized circuits our ability to maintain excellent performance with 25 micron lines and traces is essential to performance, and 1 micron precision in microelectronics placement is key to the functioning of these high-tech products.

Want to find out more about the big (little) advances going on at Benchmark? Contact us or visit our Miniaturization and Microelectronics page.

Jennifer McAlpine is the Product Marketing Manager at Benchmark. Prior to joining Benchmark, she was a Foreign Service Officer with the U.S. Department of State, serving in U.S. Embassies in Ireland, Gabon, Algeria, and Guinea. She holds an MBA from W. P. Carey School of Business at Arizona State University and a BA in Economics from the University of Minnesota.